The biggest learning (and shocking) point for me?
The fact that it literally has only been the last 30 years that race has not been a big issue in regards to immigration. Our White Australia Policy was (in name) dismissed by the Whitlam government, but it wasn't till Fraser's term that 14,000 Vietnamese refugees were allowed entrance to Australia. The first time we let 'non-whites' en mass to enter Australia.

We like to consider ourselves as a non-racist country, however for some, these messages have been ingrained into so many. We're frightened by the media and our government into thinking that non-whites = terrorists.  That 'others' will take our jobs, our kids placements into schools, that they will 'take over' or people wont conform to 'our way of living' etc. It is no wonder that we still face issues, especially in regards to those who arrive by boat.

Immigration is one thing, accepting Refugees, although linked should be looked at differently. (but that's another story)


As I like to share my opinions, this is what I wrote on the SBS comments page about the documentary. ""Thanks SBS for the highly infomative documentary.
We learn some in school, but no way near as much. This is a MUST for the Dept. of Education to include in their curriculum.


It is such a shame that it is only within the last 30 years that the White Australia Policy has been put to rest. (Just within my lifetime). I felt sad as an Australian that we used to treat people like that.

However, feel very humbled in regards to how far we have come and know that we as a nation will take strides in ensuring our neighbours and others in need are looked after with our arms outreached, those who arrive via plane and boat.""

I can't think of anywhere else in the world I can get authentic Chinese, Turkish, Thai, Italian, Greek, Indian and other tasty cuisines in the one country!

I'm classified as a minority these days.

I dont have an i-phone.

Ooohhh, what a rebel I am!

Photos taken from:
http://www.cool-story.com/userfiles/Beautiful-Butterfly-tattoo-designs.jpg
http://www.mclibrary.duke.edu/training/mobiledevices/apple/iphone.jpg
Posted by Ayesha at 4:20 PM No comments:

I made an observation the other day ...
Why were previous civilisations after immortality (and not us now in 2011)? 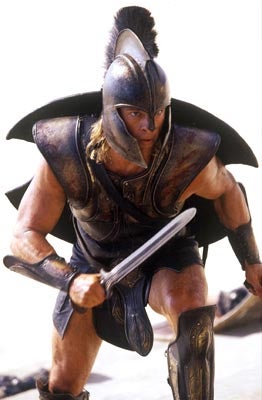 I guess for starters, we live till at least 80.
Back then, they died at around 38-45, pretty much just after they have peaked. Probably thinking that there just has to be more ...
I remember in the movie Troy, (hardly a credible source but one nonetheless) Achilles didn't want his name to be forgotten, he motivated all the warriors by proclaiming that immortality is theirs to be taken.

For us these days, we live till our wrinkles sag, we're flush with white hair or no hair. Our vision slowly goes, our hearing slowly goes ... our even mind goes. I guess not the era of our life we want to keep prolonging.

It's ironic how they wanted to prolong life and to become immortal when we these days, discuss euthanasia.